We understand how you feel. Every day, as you contemplate the blue sky (unless you leave in Seattle of course), two existential questions plague your mind.

To answer your first question: though Wyoming offers a slight resistance, Fidget Spinner is steadily becoming a corpse, as people are losing interest over time. Yay!

But let’s get down to business. You never miss an opportunity to show off your ninja cooking skills, so why not add some curious anecdotes to throw at your peasant friends while slicing that fish?

Since there are many types of Japanese knives, and more specifically sushi knives, here we will only focus on the most expensive knife to slice fish.

Actually, there are three main types of knives to handle sushi: 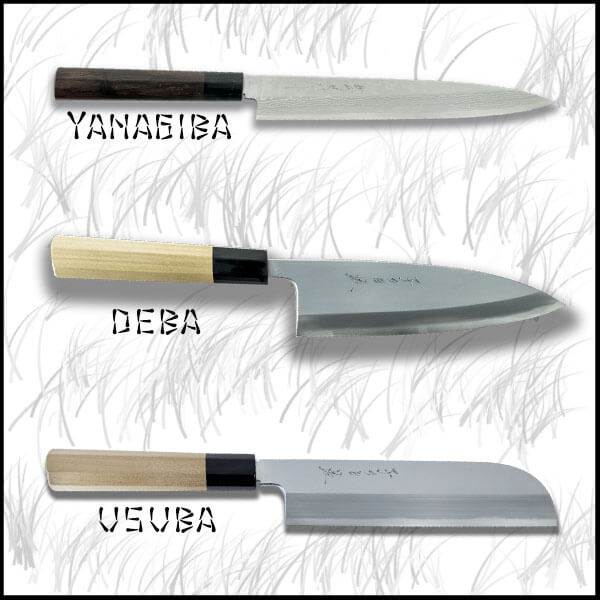 The most popular sashimi knife is the Yanagiba, used to slice raw fish. Loved by both professional and budding chefs around the world, it will probably be the only one you will ever need in your kitchen anyway.

The type of knife that we have chosen and we will show you in a moment it’s called Yanagi Kiritsuke (Sashimi Knife). Kiritsuke combines the functionality of both the Usuba and Yanagiba knife.

The most lethal sashimi knife to get revenge on your enemies is called Yoshihiro Aoko Blue Steel #1 Mizu Yaki Water Quenched Honyaki Mirror-Finished Yanagi Kiritsuke with Mt.Fuji under a Full Moon Hamon Blade Line. If the name didn’t throw you off, the price may, as this little beauty can cost more than 5.000 dollars. 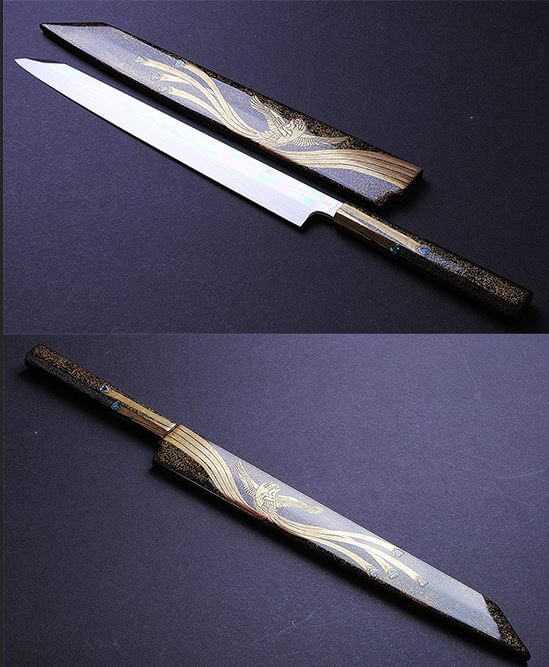 As the legend goes, ancient samurai Michel Courtemanche used it to castrate a mosquito possessed by an evil demon. The strike is so fast you can barely see the blade.

Why is the knife so expensive?

The question is relative. Expensive for who? Why some pieces of art are so expensive?

At first glance, the price may throw you off, but let’s learn a little bit more about it.

Japanese knives are famous not only for their quality but for their exquisite craftsmanship. Do you love Japanese cuisine? When you are buying a high-end Japanese knife you are not buying your average kitchen utensil. You are literally investing in a piece of art, a collectible, crafted with the utmost care, inspired by many elements of the Japanese culture.

The technique for forging this knife is known as Honyaki, which is the application of the Japanese swordsmithing tradition to create the most refined work of the craftsman.

The Hamon (which is literally the blade pattern) is the visual effect you can appreciate on the blade and represents Mount Fuji (the highest mountain of Japan) under a fool moon. 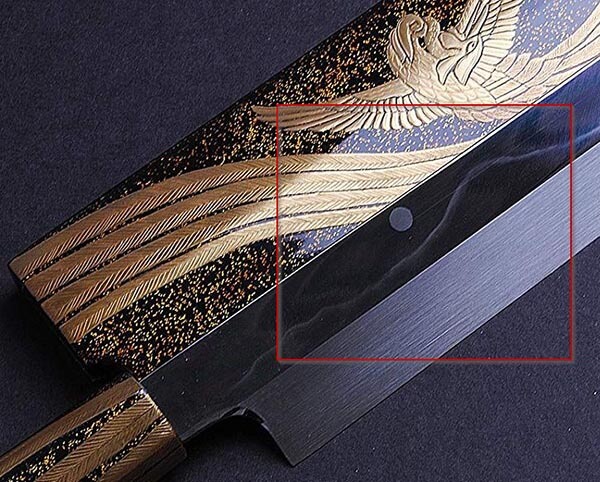 All the little details add to the price of the blade, which is obviously not intended for the average consumer.

Do you love sushi? Now you know which gift you should ask your partner for your next birthday.

If you don’t want to break up but still desire to put your cooking skills to the test, our buyer’s guide to the best sushi knives offer some high-quality, affordable options.

What do you think? Would you invest in this knife if you had the money?

Chef Knives: 3 Models Worth Your Money

The Best Sushi Knives for Skilled and Budding Chefs

The Best Long-Range Routers for Big Homes in 2022

Buyer’s Guide to the Best Vacuums 2022